I miss the days when the Internet was a safer place;
to voice your opinion into the aether;
to rant about your stupid boss, badmind coworker or annoying neighbour.
An opportunity to freely express your disgust with the dutty Babylonian system which seeks to oppress us all.
In essence, a safe space to document ones experiences on this earthly plane.
Without fear that the world will see/hear/read and make it their own business and personal concern.

Those were simpler times though.
People didn't worship the World Wide Web back then.
I suppose that was because less people had access to it. So for the few who did, they signed on to their hotmail (not yet MSN) accounts and logged in whenever they needed to virtually connect with someone, anyone.
Easier, breezier days. 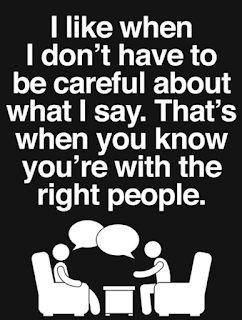 Before social media, if you had an issue with some thing or some one you had fewer options.

I can't help but think that if situations of citizen outrage at certain online comments (which I will not make reference to here) were done in the real world less people would find it necessary to chime in and turn a metaphorical mole hill into a figurative mountain.

I suppose that is why I don't blog as much as I used to anymore. Hell, I barely even tweet (I am a proud member of laugh and scroll twitter).
Most of my deeper thoughts I used to share on tumblr mainly because I knew the likelihood that anyone would actually read it was zero to none. And I liked it that way.

Especially since everyone (and them Granny) has self-appointed themselves Internet police/ informants. Sussing out perceived injustices and incorrect statements and then making it their point of duty to share it to exhaustion. 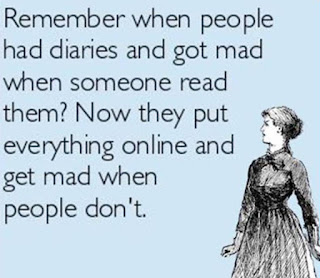 The Innernets have unfortunately become both a blessing and a curse.
I am, of course, glad to be able to keep in touch with my friends and loved ones in foreign lands but sometimes, just sometimes, I wish we still had dial up connection and one would need a certain level of common sense or at the very least to pass a series of simple tests before gaining access to the World Wide Web.