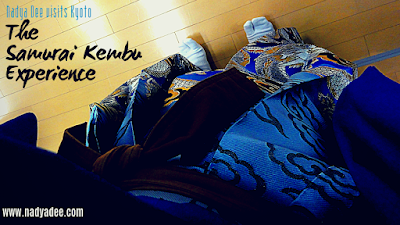 I have now become firmly convinced that in another life, I must have been a Samurai.

A Samurai that made tea.
Yup.

That’s the only thing that reconciles this uncanny connection I have to Japan and all things Bushido. So, naturally, as soon as I decided that I was going to visit Kyoto for Golden Week 2018 I Did a samurai + Kyoto Google search, found the Samurai Kembu Theatre and booked it right away. It was in fact the first and one of the only activities I had preplanned for my Kyoto adventure.

Kembu, which literally means ‘sword dance' is one of Japanese traditional performing arts that shows the samurai's culture and spirituality with a Katana (traditional Japanese sword) and a Sensu (folding fan). This particular art form uses the Japanese sword (Katana) and fan (Sensu) to portray the lifestyle of the Samurai through performing to poetry mostly written by samurais while wearing Kimono and Hakama similar to those that the Samurai wore in Ancient Japan.

There was no way that the dancer and Samurai spirit within me would allow me to be in Kyoto and not experience this. No way. So after a full day of exploring the Arashiyama Bamboo Forest I returned to my hotel, took a quick shower and then headed downtown for my pre-booked Samurai Kembu lesson, complete with katana training and samurai costume rental. 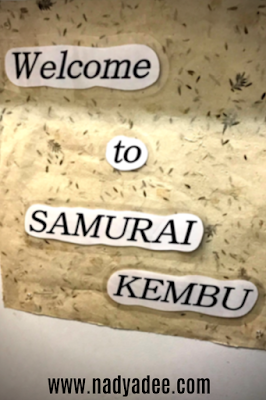 The lesson began with an introductory video about Samurai Kembu which eventually led into an elaborate demonstration/ performance by the performers pictured below (not including me). 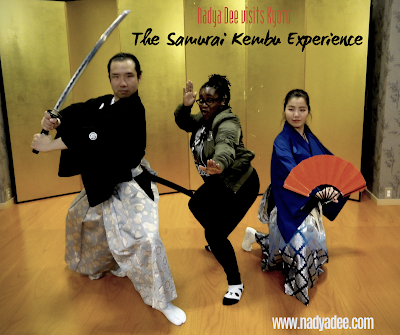 Soon after we were given a pair of complimentary long tabi socks (see image below) to don before our katana training began. As a left-handed person I figured having the katana situated on my left side would make it easier to manoeuvre. Boy was I wrong. Not only was it heavy, but it was a REAL SWORD which meant that there was an actual chance of me slicing my hand off. Yikes! 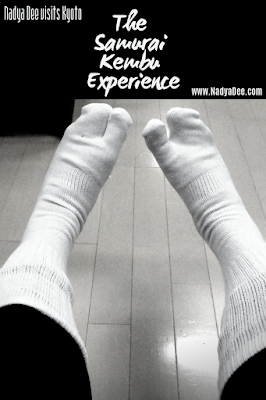 Nevertheless, aside from me making odd noises throughout the entire lesson (to the amusement of my fellow trainees) as I attempted to wield the katana and make the ‘woosh’ sound as it cut through the air (I ended up just making the sound with my mouth) the katana experience was quite enjoyable and I gained an added respect for the Samurai of days old who not only carried around but wielded these weapons with such finesse and grace.

Next up was the costume trial which, I must admit, was my favourite part of the entire experience as is evidenced from the images below. P.S. these are just a fraction of the pics I actually took so you can just imagine the lengths of fun I had. 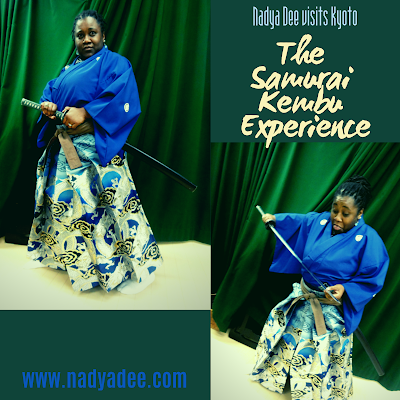 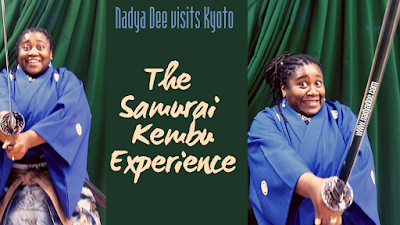 All in all I had an absolute BLAST at the Samurai Kembu Theatre and even received a certificate of participation from the organisers.


That being said, I would 100% recommend this activity to any other Samurai enthusiasts out there who are planning a trip to Kyoto anytime in the future. 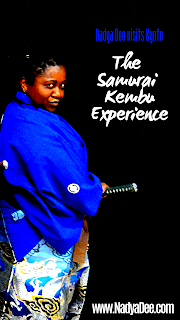 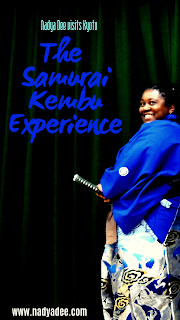