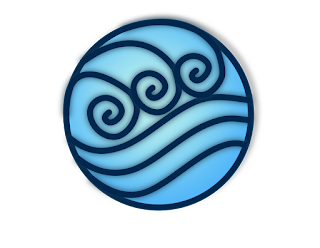 Avatar: The Last Airbender might be one of the greatest animations I've watched all decade. Hands Down. When the Fire Nation attacked it was as if time stood still. Then Katara and Sokka found Aang in that ball of ice and I was totally engrossed in all 4 books of the Avatar for about 2 weeks, watching episodes back to back, from dusk til dawn.

Yeah. It was that addictive.

This eventually led to several (failed) attempts to bend water in the shower, at the beach and at the river. I am persistent if nothing else. Which left me thinking, what if we were actually able to control the elements with our minds? It's not as far out as you may think it is when you consider the advances in our evolutionary process so far.

Then again, with power still in the hands of the evil (Babylon), perhaps it's better we hold off on the bending until the righteous are triumphant.