Too Much Soy Milk 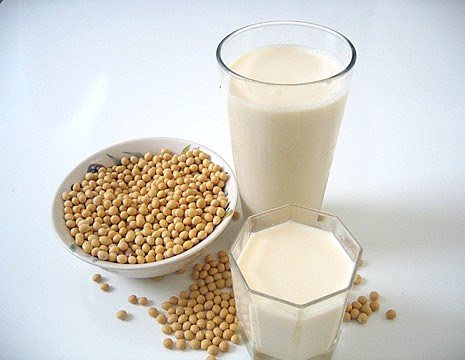 I recently got into a seemingly bitchy situation with a member of the opposite sex which led me to the conclusion that possibly, quite possibly, there are "men" in this world who are walking around with latent vaginas.
The situation that led to this epiphany was startling while at the same time puzzling to me. You see, I, Nadya Dee, being a female with the corresponding female parts am predisposed to being moody, irrational, bitchy and irritable at certain times of the month. This is something I have come to understand as a chemical reaction within my body. I.e. girls are just made to be emotional! Men on the other hand have this manly hormone called testosterone that makes them well, un-bitchy... or at least... all things being balanced, men should naturally be less concerned/ bothered by the things that women are.
Which had me thinking, and I know a lot of people are going to disagree with me on this, but maybe, just maybe the recent upsurge in homosexuality amongst the male population can be causally linked to a hormone imbalance. I mean, men are naturally supposed to have more testosterone than oestrogen in their system so if a man starts ingesting excess oestrogen then obviously his chemical build up will become unbalanced.
Soy milk contains phytoestrogen, so if more men are drinking soy milk then it's no wonder we have men walking around wanting to do the things women do and wear the clothes women wear!!!
Nevertheless, what alarmed me the most about the situation I found myself in was the emotional aspect. I've been accused on more than one occasion of being "cold", "unfeeling" and "heartless", traits that I considered were more associated with astrology rather than physiology. I'm a Cancer, and as crabs we tend to lock ourselves in our shells only allowing people we deem worthy to see through to our tender sides. So I assumed that others and their reactions to their environs and the people within them were also affected by their astrological sign.
This information about soy milk though has me thinking more about how our chemical make-up also affects our personalities. I mean we all know about PMS, and the hormonal tidal wave that takes place around that time of the month. Women have always been excused for their moodiness and sensitivity for this reason. But what about men??? Men don't get moody and sensitive because they have testosterone which for want of a better phrase "mellows them out".
I personally love testosterone! I love being around men who practically oozes manliness. They don't get into petty arguments, they don't complain about the stupid shit girls do, they don't carry feelings, they just live life and take risks and more than that, they project an air of leadership. Well at least, in my mind that's what a man means. Which leads me back to the kyas-kyas I found myself in a couple weeks ago with this pseudo-man. I mean yes, physically he was male. He had all the male parts. But now I can't help to think that because of an excess of oestrogen in his system he somehow had grown what I call a "latent vagina".
His actions were those of a girl whose feelings were hurt and his reactions to the situation were not that of a man but of a bitch or rather, a "pussy". I am still in shock that a grown male could have ever done/said such things. So I've decided to stop calling him a man because he is obviously not one. Actually I don't think I'll even be referring to him with the male pronoun any more because HE is in essence a SHE.
I only hope that she lays off all that soy milk and grows a pair of man size testicles some time in the near future.
Oh well what's done is done. I'll just file this under: Too Much Soy Milk.
iNi
already have a vagina, I am not looking for a man with one!!!
Nadya Dee
Penned by Nadya Dee on Thursday, May 13, 2010