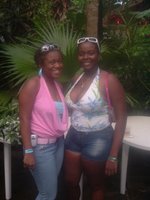 My life has once again been jolted into a new direction...I am just about experiencing the implications of truly being left-handed...My right hand has departed. Gone to a foreign land to a new life, a new culture. But i'm not sad, really i'm not, because atleast now I can say "A part of me went to Japan." I don't see this as you leaving me...really I don't...because if you could have taken us all you would have...I know you would.
So i'm trying to be happy and smile and make plans for the future, even though I miss not being able to confer with you my deep dark evil secrets and i fear that i may reveal these secrets to unworthy minds while you're gone.

You're probably in the plane now...18 odd hours on your way to never-never land. But you can't just fly back, you're not tinkerbell. However there's one thing you can do while you're away... You can sprinkle your joy every where, like fairy dust. Because YOU my best friend are powerful beyond compare. You're a rebel (sometimes without a cause), you're a force to be reckoned with, your a beacon, a shining star, a rock of Gibraltar. You are an inspiration to me.

Can you tell that i'm getting over my narcissism...lol...even though i'm still very much preoccupied with myself and my own problems, you're the only one who let me be me as much as I wanted to...that's why ure my bestest, not because i've known you forever, not because you're in my head all the time, but because when the chips are down, you're always around, you never criticise me, yet you're not afraid to show me when i may be wrong (& that's a big MAYBE ... lol)

Ok so obviously this is merely the tip of the iceberg, but as i'm overrun with emoticons, I only wish you the best and my prayers and thoughts are with you constantly.

(P.S. i called the devil today...a moment of weakness...he thinks i'm crazy, but that's because he doesn't know that I know the truth...)