This isn't a movie review. I'm actually not big on reviews altogether. I think people have different tastes and preferences. You know, what's good for the goose may not be good for the gander etc. Plus I hate people forcing their opinions on me. So I try my best not to do the same.
However there is no way I can NOT be biased about this movie. After watching Avatar in 3D yesterday I feel as if I've been changed as a human being. Seriously.
I'm a lover of sci-fi and fantasy. Always have been always will be. The first book I can remember truly getting into was the Chronicles of Narnia. There's just something about the universe and the undiscovered that I'm attracted to. The idea of alternate realities and inhabitable planets just intrigues me.
Avatar, the movie, is basically a fusion of all the things excite my mind. I mean it has everything within it. Astronomy, Religion, Love, War, Fantasy, Adventure... you name it, it's there.
James Cameron is a genius! 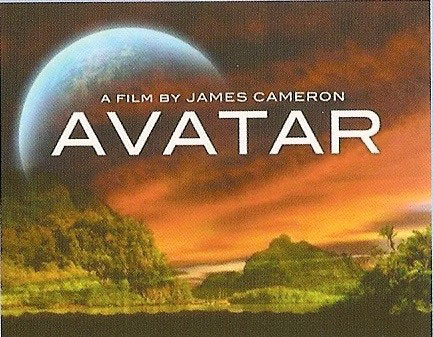 I stated before that I don't like forcing my opinions on people. Or atleast I'd like to think that I don't. And the thing is when it comes to this movie, I don't have to. The plot, the visual effects and the entire production basically sells itself. All you have to do is just watch it (in 3D ofcourse) and you'll understand exactly what I mean. Three thumbs all the way up!

Here are a few reasons why I love Avatar:

I could go on and on about this movie but I don't want to ruin it for you. There's just one last thing I want to say though. After watching this movie I felt moved. It was almost as if the movie spoke to my heart. [See trailer below]
iNi
want to connect with our Gaia now more than ever
NadYa Dee
Penned by Nadya Dee on 10:57:00 pm

Nadya Dee
Jamaican-born, town-raised, country-girl at heart; trying to find my place in this crazy world. Hoping to fulfill my dream of becoming a hermit crab making tea in my treehouse before Armageddon.