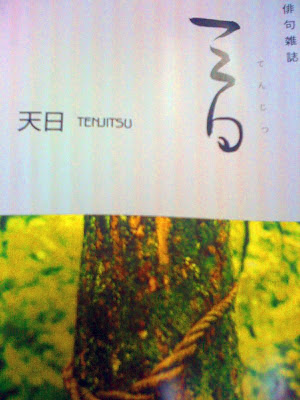 Since coming to Japan 2 years ago I am proud to say that my Japanese ability has increased to the level where I am capable of holding conversations in basic Japanese as well as expressing my thoughts, ask questions, answer basic questions. i.e. overall function. (Plus if all else fails I know how to say 'I don't understand what the fuck you're talking about') Which is a lot more than I can say for when I just came. Unfortunately it seems as if my English has been suffering as a result of this increase in Japanese grammar and vocabulary. My conversations are now peppered with occasional English and Japanese and a whole lot of Japanese 'word sounds' For eg. eeto, nandake, nandarou, nandeshou, doushiyou, sounanda... to name a few.
In any case, this summer instead of going to Fukuoka for an intensive Japanese course, like I did last year, I decided to stay in good ole Kagoshima in an effort to save some money. (I didn't actually end up saving that much money in the long run since I bought Starbucks every morning and went shopping every evening after class btw Summer Sales ROCK!) So, I found Yuurinkan, a Japanese school in the shi (city) where I could do a 3 week long intensive course for just 4 man. [40,000 yen] (trust me that's cheap).
Initially I thought it would be a class of around 5-6 people of (hopefully) the same Japanese level but apparently most foreigners in Kago opted for the "get the fuck out of here for Summer" option so it ended up being me and this Bolivian nun for the first week then this annoying French dude (have you ever heard a french person say 大丈夫？「daijoubu?」 *runs away screaming*) for the last 2 weeks. Which is pretty good value for money considering my "class" basically turned into Japanese tutoring. There, I did 「書道」Shodou (Japanese calligraphy) and wrote「俳句」 Haiku for the first time.
With that being said let me get to the title of this blog. Roughly translated 'Haijin Gaijin' means Foreigner who writes Haiku. What? you don't know what haiku is? OMG. lol. Well a Haiku is "a Japanese lyric verse form having three unrhymed lines of five, seven, and five syllables, traditionally invoking an aspect of nature or the seasons."
Lucky for me, the owner of the school loved Haiku. he helped me to understand the structure and the meaning behind it. By the end of the course I had written 6 haiku about my own experiences since coming to Japan, which he then decided to publish in his monthly haiku book. So yes! I am a bonafide Japanese Poet! Published and all these great things. [See book cover at the top]
To the left you'll see a photo from the actual page that my haiku were on but it's a bit hard to read so I've taken the liberty of typing out all six haiku as well as the translations below:

かき氷(ごおり)イチゴ(いちご)の味(あじ)と赤(あか)い口(くち)
Shaved Ice, taste of strawberry, red mouth
花火(はなび)見て(みて)金魚(きんぎょ)をもらう(う)祭(まつり)の日(ひ)
Watching Fireworks, Getting Goldfish, Festival Day
西瓜(すいか)割り(わ)子供(こども)の遊び(あそび)もったいない
Breaking Watermelons, Child's Play, How wasteful
虫(むし)の声(こえ)夜(よる)に響いて(ひびいて)寝られない(ねられない)
The sound of insects Echoing through the night I can't sleep
梨(なし)の汁(しる)口(くち)にながれて甘い(あまい)かな
Pear juice, dripping from my mouth, Isn't it sweet!
新米(しんまい)を食べられないで(たべられないで)待って(まって)いる
New Rice, Can't eat yet, So I wait.
Aren't you proud of me??? I sure am proud of myself!
iNi
bilingual poet
NadYaDee
Penned by Nadya Dee on Thursday, October 15, 2009