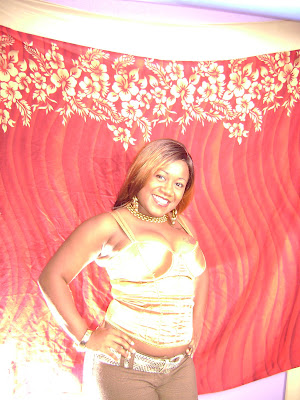 The recent discussions on the lewness/slackness of dancehall music and the consequent ban on explicit dancehall lyrics has caused me to do an internal analysis of my own lewdness and slackness and how dancehall music helped to shape to woman I am today.
Many have said that it's because of improper parenting that the children of today are being adversely affected by dancehall music; That if parents were more responsible, their children wouldn't be listening to/ following daggering songs.
While I agree that children should be monitored and guided by their parents I don't think it's the sole responsible of the parents. Especially in a society which has seen an upsurge in the level of  teenage parents, resulting in misguided youth. The morals of our nation has been so eroded that it can only be corrected if the institutions of leadership would stop pointing fingers and do their jobs!
That being said, I have been classified on many occassions as lewd/slack and unbecoming of a young lady. And to tell the truth, I really don't give a fuck.
I was raised "properly", by a strong black woman who instilled in me a sense of self-respect as well as respect for society on a whole.
But even with that, I just LOVE the slackness! Which is why I love dancehall music!!! The music just brings out a side of me that wants to get on bad, cock up mi bumpa and tick tock. (Her name is Sexy Bitch Maaawcia (in a deep voice) btw from my favourite J'can film Dancehall Queen).

Anyhoo, from I know myself I love the slackness. I love going to parties and behaving like a "virago". It gives me a feeling of liberation to know that I'm no
longer restrained by society's ideals of how a woman should behave. HOWEVER I know where to draw the line.
I believe every person has their limits, some people don't have a problem splitting in the middle of a dirty street and going on their heads. I don't do that shit because I have more pride in myself plus mi shame tree been growing these days and it's getting very tall. There are others who can go to a dance, gwaan the most way and still go to work the next day and behave like a professional.
I think people should be free to do and say whatever they like in their personal life. Who don't like it need to chuck off of a cliff. I've also been known to have a dirty mouth when i'm ready. The amount a ppl I tell to fuck off or suck dem modda mi lose count. But some ppl just need to hear that shit... straight and to the point.
Nevertheless, I am learning when certain things are appropriate and when somethings just aren't. The thing is, the children in Jamaica aren't really learning this. They're not being taught what's right and what wrong. and more importantly, they're not being taught about sex.
It has always been my belief that children should not be taught to be ashamed of their sexuality. That's what causes dysfuctional adults. Men who weren't taught how to undertand and respect the pussy end up abusing it and women who don't know about men and their own sexuality fall prey to "the cocky". There is, however, a time and a place for this kind of education and that is where the school, the home and to some extent the church and government comes into play.
Teach the yutes about sex in school, safe sex, because if you don't teach it to them there them going learn it somewhere else. And right about now they're only alternative is the dancehall, and you already see how that turned out.
Humans by nature are sexual beings. You see me? I love sex. I love talking about it, hearing about it, seeing it and experiencing it. It's sometimes all I think about...yeh it gets that bad.
As a child I was always curious about sex and it's effects on the body and mind. Plus I love music, so to me, music and sex is like ultimate ecstacy. [Please refer to my PumPum Playlist] So I write and talk a lot about sex. It actually finds it's way into almost every conversation I have. Which means if I was an artiste I'd probably be like a Saw or a Patra or a Spice. Singing about what appeals to me...which is sex. I don't think there's anything wrong with a woman expressing herself sexually, whether its through heartfelt love songs or raunchy dance/club tunes. I actually find women like that empowering. But there are those who see them as an embarrassment and disgrace to women.
Well I have one thing to say to those who find my sexuality crude or lewd or slack:
Chat to mi blooooooodklaaaaaat back!!!